Palfinger is the official sponsor of the KAMAZ-MASTER TEAM team 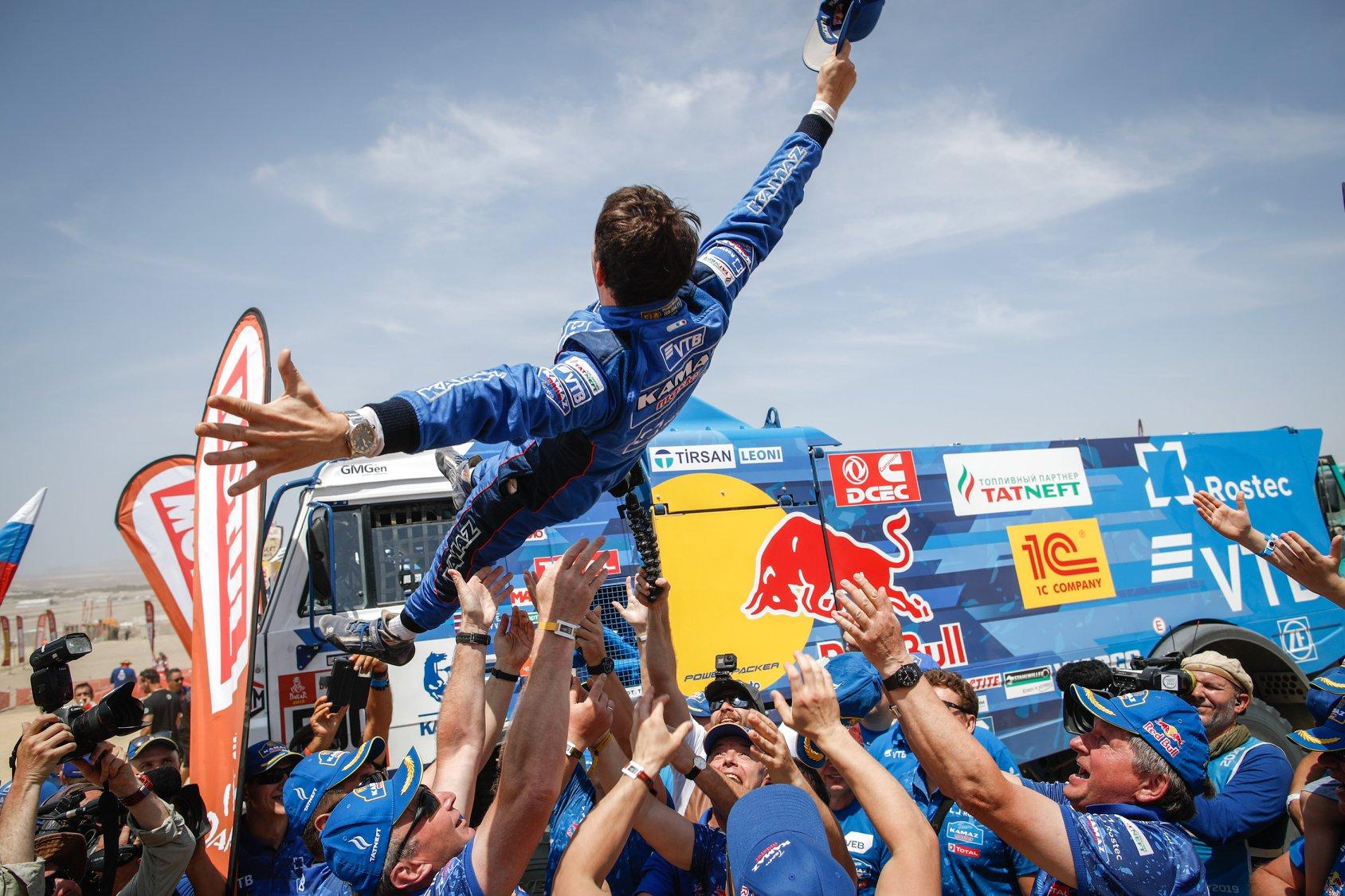 The Austrian-Russian partnership has reached unprecedented heights in the development and sale of shipboard equipment, in particular crane-manipulators. Now the partnership is strengthening in the world of motor sport.

KAMAZ-Master - a success story
The Russian team KAMAZ-Master has been a leader in its class for many years. Until 2019, a total of 15 victories were achieved in the desert marathon Париж Paris-Dakar rally. This route belongs to the highest category of complexity. Success is achieved this year! We want to congratulate Eduard Nikolaev and Dmitry Sotnikov on this incredible achievement - first and second place, respectively.

Today, KAMAZ Inc. is the eleventh place among the largest producers of trucks.

The KAMAZ-Master team has been participating in the transcontinental supermarathon since the distant 1988. Recently there was an anniversary - 30 years of existence and victories in the world of motor racing. This is the only team of trucks from Russia that represents the country in the rally, and, which is especially nice, makes it as efficient as possible.

In 2019, the Dakar is represented by the following truck crews:

2. № 502. Pilot A. Mardeev, co-pilot D. Svistunov - could not continue the race due to technical problems;

Read more about the Dakar Rally
This is the most anticipated event in this sport. The motto of the contest "Two weeks in the sand." The country organizer of the last rally is Peru. This extreme hobby consists of ten stages.

Over the decades, leading racers and rally raid lovers from all over the world gathered at these races. Incredible challenge for both man and car. They come to fulfill their most cherished dream, namely to win in their class - on a motorcycle, ATV, car or truck.