Freshwater resources on Earth are exhausted. At present, India, China, African countries, as well as some former Soviet republics - Turkmenistan, Moldova, Uzbekistan and Azerbaijan - are experiencing its shortage. Already this year, Cape Town (South Africa) could become the first city in which fresh water ended. And the more the world’s population grows, the more acute this problem becomes throughout the world. 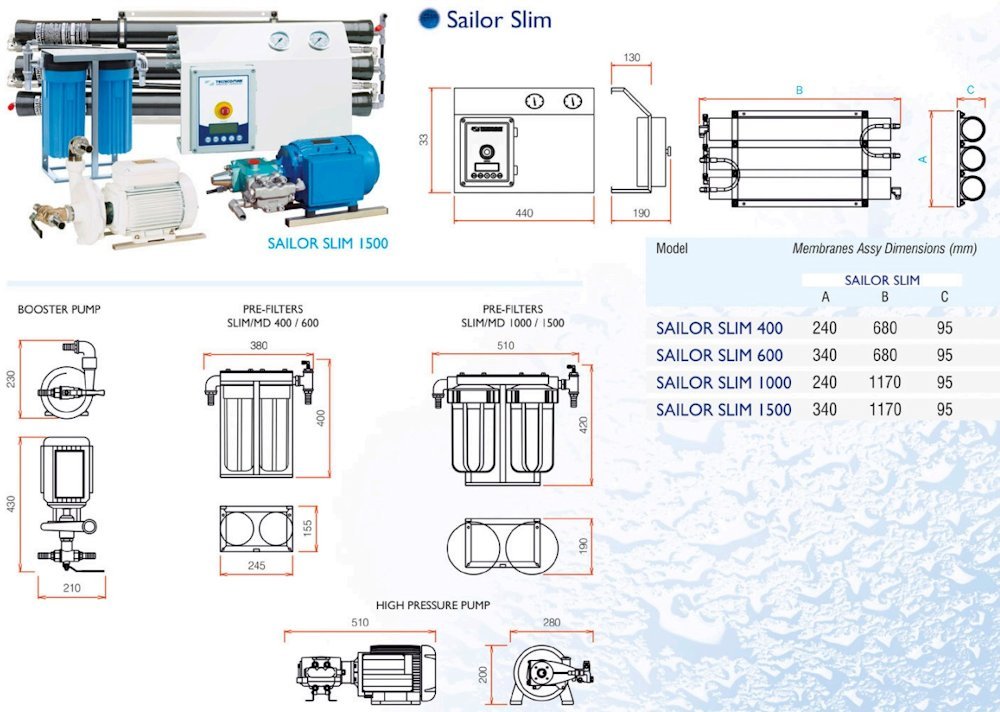 Scientific progress does not stand still. As early as the 18th century, the process of osmosis was discovered - one-sided diffusion through a semipermeable membrane, which made it possible to obtain a liquid with a lower concentration from a solution with a high concentration of dissolved substances. A hundred years later, a more detailed study of this phenomenon began, which made it possible to use it widely in industry: for example, to generate electricity. The first hydroelectric power plant in the world using this technology was launched in 2009 in Norway.

Fresh water in reverse osmosis systems is based on the same principle. Sea water under pressure passes through membranes that trap particles of salts and other substances dissolved in it. This method is the simplest and most environmentally friendly. The distillation method is also widely used when sea water is heated and the condensate obtained is collected. Water heating usually occurs in the engine room.

Desalination plants from “SBS”
The SBS company cooperates with the Italian company Tecnicomar, which supplies desalination plants for reverse osmosis to Russia. It has been manufacturing such plants for 36 years and, in addition to production and sales, has been actively working in the field of scientific research in water purification. Tecnicomar customers around the world receive guaranteed reliable and high-quality installations, as well as a high level of service support. That is why SBS has been actively interacting with this company for several years.

Reverse osmosis desalination plants - the key to successful life of the crew on board the ship. The life and health of the crew and passengers often depend on them. Therefore, it is impossible to save money here, quality and reliability should be in priority. If you have any questions when choosing these devices, contact the specialists of SBS and you will receive a detailed and informative consultation!